We are using cookies to be able to offer the best possible experience. By using the site, you acknowledge that you are accepting us using cookies. 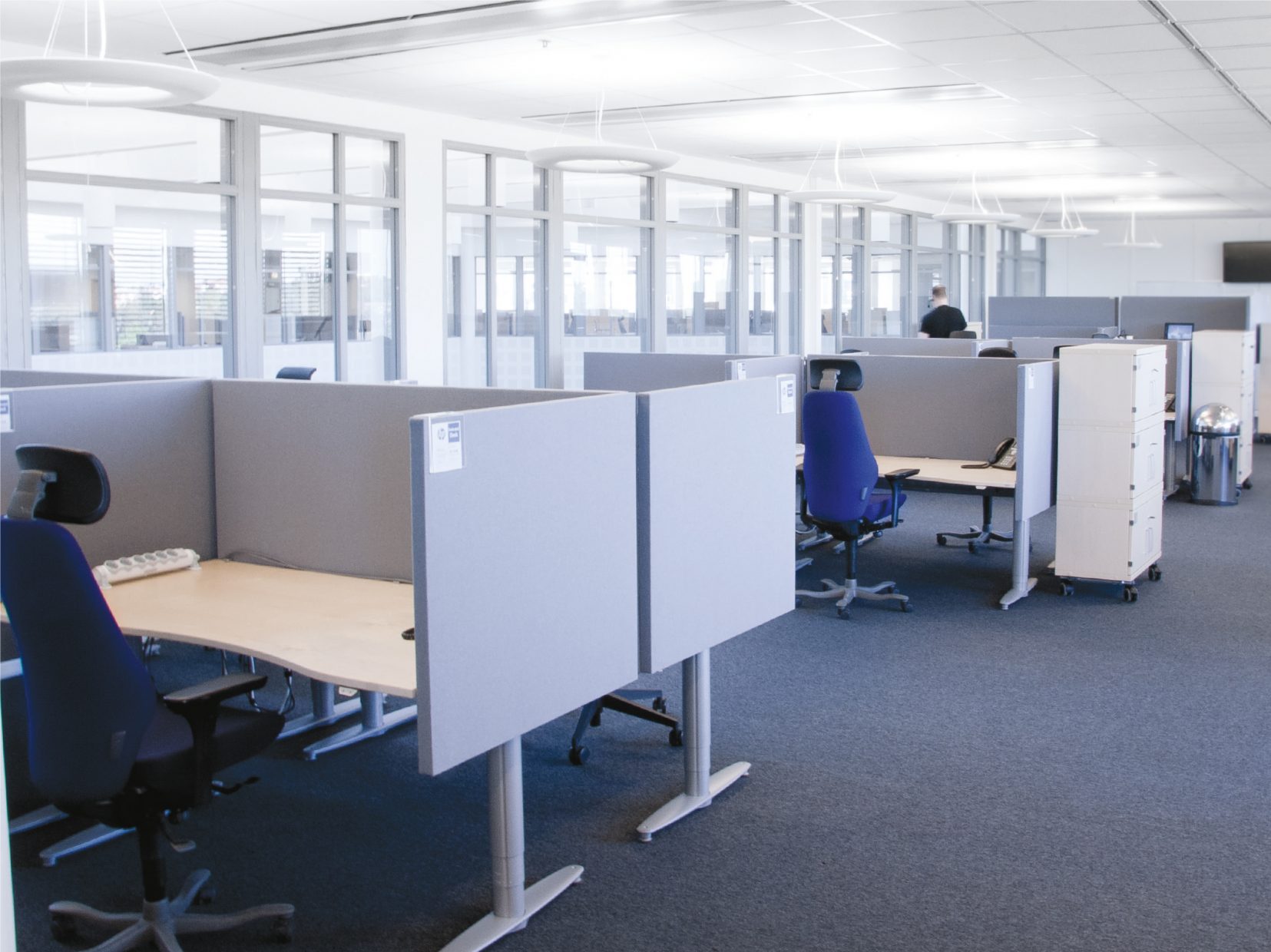 For many years, HP had experienced problems with noisy offices. The desk screen Dezibel provided a convenient solution to this problem. The screen immediately remedied many of the noise problems HP had experienced throughout the years and established a new Swedish standard for office space interiors at HP.

– We want to share this wonderful solution with our colleagues in the world and especially in Europe. As I see it, this solution could become the new international standard for HP. The screens have definitely made an impression that is here to stay. Jan Åberg has been managing the working environment at Hewlett Packard for more than 15 years. The majority of complaints and reports he has received during the years have had to do with noise and bad acoustics. The noisy setting has mainly been caused by the fact that employees are working in open workspaces with mobile phones and lots of other office noise. Many employees walk around when on the phone, trying to find a more quiet place to talk, making the sound scatter around the space. This has led many people wanting to work from home because they can’t deal with the noise level.

”A lot of the noise problems we have had all these years are now gone thanks to the Dezibel screens”.

– I had spent so much time and energy trying to solve this, only to arrive at solutions that didn’t work. We had tried everything from sound absorbing ceiling tiles to wall to wall carpeting and different furniture. The things we tried only had a cosmetic effect and did nothing for the noise level. It was only when Jan Åberg brought in an independent acoustical engineer that recommended several good solutions that he discovered ZilenZio. HP was provided with a trial set of screens of the model Dezibel to try out at 40 desks at the spots that had reported the most noise problems. The screens gave an immediate effect.

– The Dezibel screens were a success right away! We could have never imagined that it would make such a difference. The result was so great that we decided to invest in the screen for the whole company. The trial project at the 40 initial desks led to an order of 2000 screens for 1000 desks. Now the noise doesn’t bounce around. The sound is contained, which it has never been before.

While working with ZilenZio, Jan Åberg has gained a lot of new knowledge about noise and acoustics. After all the energy, time and money spent on trying solutions that didn’t work, he sees the Dezibel screen as both a simple yet very effective solution.

”This solution could become the new international standard at HP”.